I’m having a serious horse hangover today. Somehow I went from 0 horses to ride to 3. Well, 2.5.

Friday I was getting stuff out of my car, which was parked next to the round pen. I heard hooves and look up to see P just casually trotting around the round pen, trying to get my attention. Sound as can be.

This was the first time I’d gotten on my horse since February 23rd. Lined him up with the mounting block and prepared myself to get run away with. But…nothing. He waited until I got settled and asked him to walk, then we ambled around the arena. 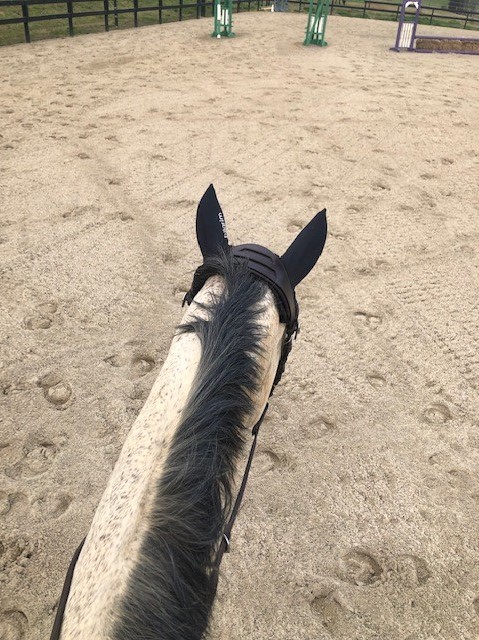 Now…am I supposed to be riding? No. The vet had said he could go back undersaddle when his foot has grown out. But mentally, P needs something to do other than sit in the round pen by himself for 18 hours/day. He can’t go back in the pasture because of the mud, and that shoe absolutely has to stay on. And if P can trot and canter around the round pen, he can cart me around the sand arena at a walk for 6 minutes (which is how long I stayed on). 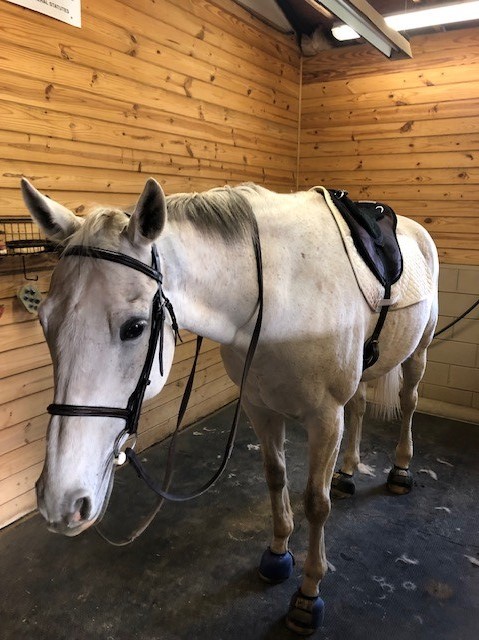 I’ve been back riding S for the last 2 weeks and he’s been super. After fighting (or playing…with S, who knows?) with a copper head and needing lots of time off to heal, he lost a lot of weight and muscle, but he’s packing it back on and feeling great. 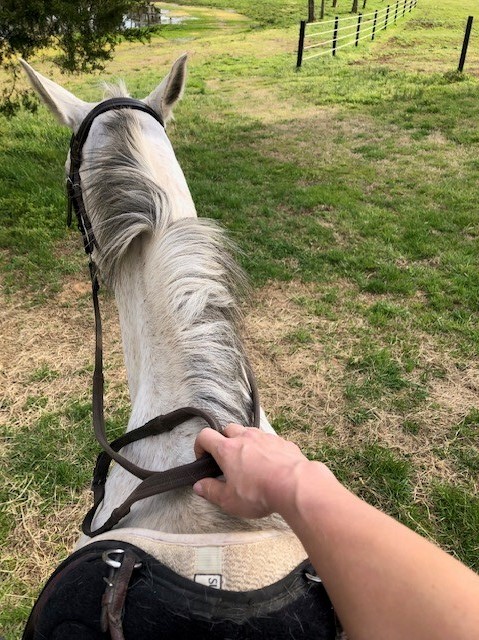 He’s for sale, if you know anyone looking for a solid, safe horse! I’m pretty sure he wants to event. 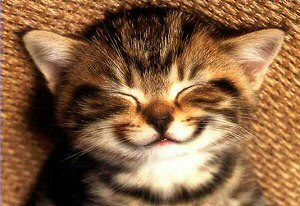 I hopped on P for a few minutes. Then did a dressage ride with S.

Came off the trailer after a 6 hour ride, blinked a few times and walked to his new pasture like he’d lived there forever.

Later I brought him into his new stall, and he immediately chowed right down.

He’s got some scratches on his hind legs, as his home was hit hard by all the rain and is quite muddy, but some Coat Defense will clear those right up. 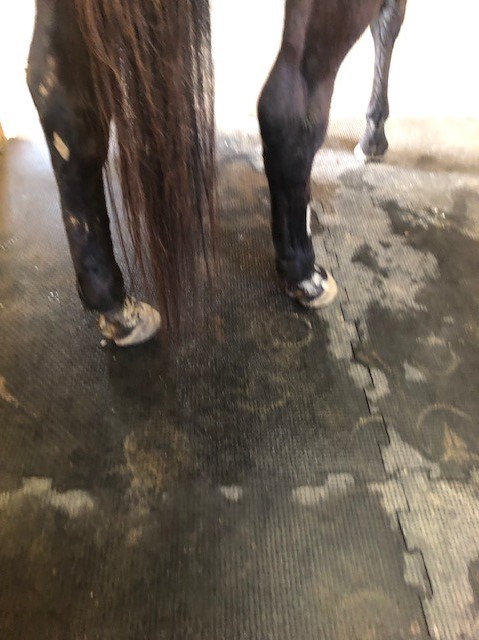 Then after 8 hours at the barn, Husband and I went out to hang with some friends. I’ve been sorely lacking the in the social life department lately. Because…horses. Duh.

And among 6 of us, ordered 60 tacos. I wasn’t sure what the rest of my friends would eat…

So the next morning, having gained about 15 lbs, I went out and rode S and then C. C and I just did a 20 minute light w/t/c ride, and finished with a hack around the farm so he could get to know his new digs.

And ended our ride with a trip past P, who by now is used to seeing me on S but had no idea what to think of his bay replacement.

Then after that, I went home and Husband had added C to my Wall of Winning in our library.

C will spend the foreseeable future gaining a little bit of weight and building some muscle, then will hopefully be good to go for a spring debut!