Yesterday P headed back to the vet. As you may remember, he was super body sore and after 2 weeks of being on Robaxin and no jumping, the vet had said if he was still showing soreness, then she wanted to possibly inject the SI.

P’s basically had the past 3 weeks completely off and after sending Trainer B some videos, he recommended asking the vet about doing hock injections as well. So I was mentally steeling myself to shell out some moola. 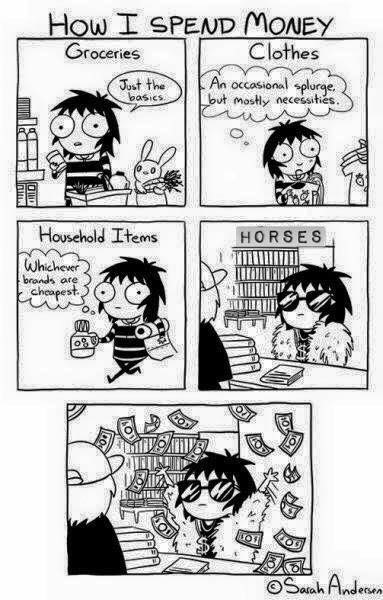 But first…on Sunday I got a text from BO saying P had lost a shoe….his RIGHT HIND, coincidentally the same leg the vet was most concerned about. Since I knew the vet would want to flex/jog him, I     asked P’s former farrier if she could get him in that day. Thankfully she agreed to do him that evening, so I went out to stick a diaper on him to hold him for the afternoon and this is what greeted me: 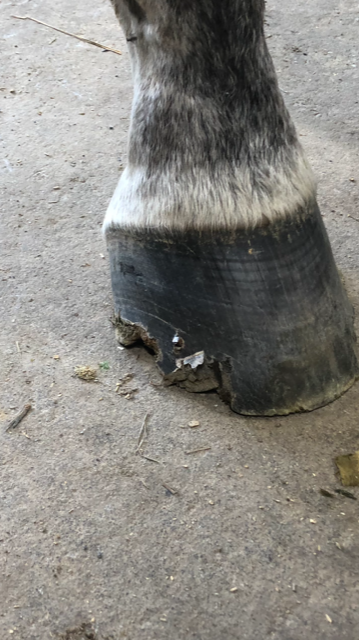 Uhhhh, yikes. I had no idea if she’d even be able to get a shoe on that. It was clear he needed to be done all around and the regular barn farrier wasn’t scheduled to come out until Wednesday. So she worked her majik:

Which brings us to yesterday morning. With his new kicks on, the vet spun him around on the lunge and noted something ever so slightly in his RIGHT FRONT. Holy crap. But it was so intermittent, and so slight that she decided against blocking him, and moved onto the hind. He still palpated sore over his SI, but when she went to flex his hocks, it was clear what the issue was.

Unfortunately I didn’t video the flexions, but trust me when I say he was definitely not a fan of the hock flexion. He hadn’t been a fan of the farrier Sunday night either, when she was shoeing the right hind, and was definitely uncomfortable. Trotting off, he would swing the flexed leg in a circle, rather than bend at the hock. Which is something Trainer B saw in the lunging videos and something the vet saw in some of the riding videos I could pull up for her. It was worse in the right than in the left, but there was still some uncomfortable-ness in the left side as well.

So she recommended injecting the hocks for now. She didn’t want to inject more than one joint at a time, so that in case this wasn’t the golden ticket, it would at least eliminate that as the cause. But her hunch is that the hocks are the root cause of the pain and soreness, based on how he was compensating with his body to avoid bending them.

So homeboy got some drugs, got scrubbed down with antiseptic and she started with the left. Needle slid right in, and right out. Easy peasy.

Then she went to the right and….it wouldn’t go in. It took a few tries, but she finally got it in. The cause of the difficulty? Arthritis. Mild, but still…it’s there.

So we’re hoping that this is a good place to start. He’s currently in his stall, and will be there until tonight, which he’s just thrilled about.

Then I can clamber back on on Friday.

And take it easy through the weekend. He’s been ridden 3 times since August 2nd, I believe.

And he can jump next week. I’m thinking I may let Trainer B do the honors.

And give it two weeks to let the injections take full effect and see how he is. If this is it, great. If not, she said the SI will be next. As far as other maintenance, she doesn’t think he needs to go the full joint supplements (Legends, Adequan, etc) just yet. Just keep up with the injections as needed. Assuming this is the issue, of course.

And maaaaannnnn, I hope it is!

28 thoughts on “On a Track…Maybe the Right One?”