Remember when I took P for VA for his Novice debut with Trainer B and thought they were joking about having P braided? Well, that’s NOT going to happen again.

I used to braid aaalllll the time as a kid, and always used yarn. After trying it out last week and realizing it’s NOT like riding a bike, I searched for new techniques.

Some of you mentioned the Quick Knot stuff, which I’d seen (and quickly disregarded because I, ya know, don’t didn’t braid) floating around on FB, so I did a search for that and stumbled across a video with the same premise, but with bobby pins. It was a mesmerizing video (maybe it was the music), but would it work?

After ordering the needed supplies from Amazon, and 30 minutes rather than 10…

It was shocking, really.

I had my doubts when I sectioned his mane off and it was a bit, uhh, wild: 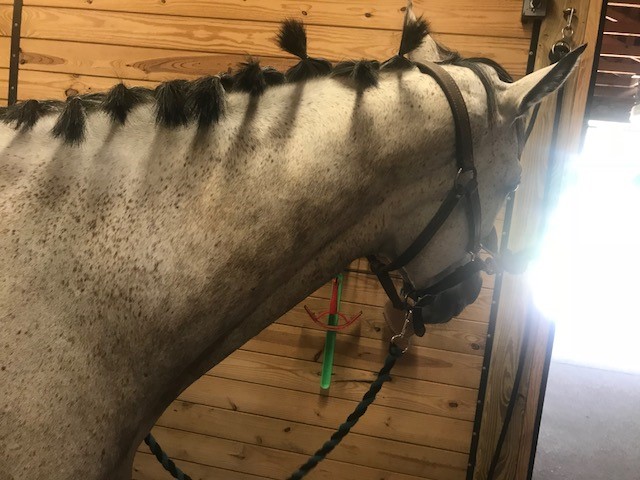 Some of the sections, like the first section in the above picture, were too thin, so those were hard to roll up and not have any pieces sticking out. More hair is better for this type of braid. But I was thrilled with how it turned out. 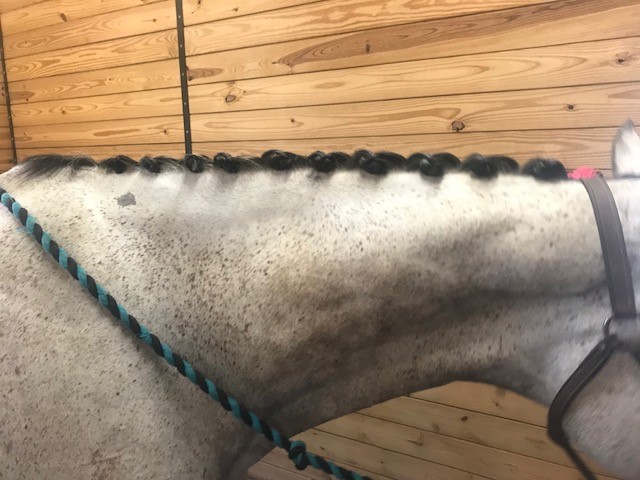 And it was also easier to see the backs of the bobby pins with the thin braids. So note to self, thicker is better for these. 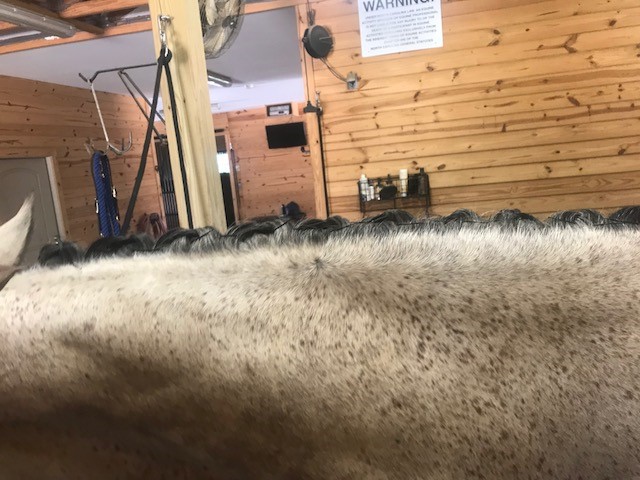 We headed outside so I could trot him around and make sure they didn’t shake out. 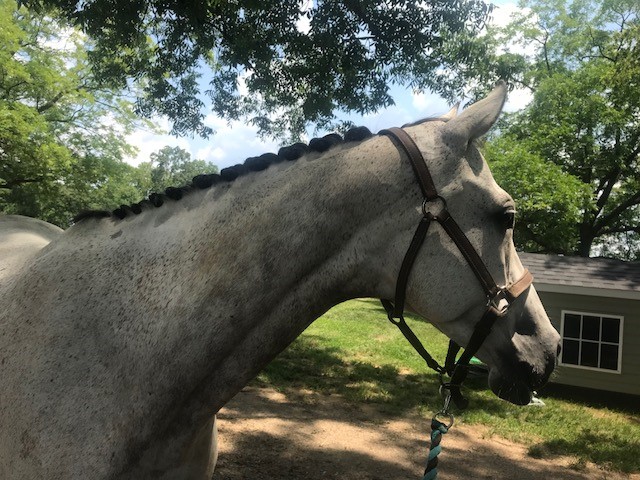 When I looked at the Quick Knot stuff, they were selling them for 100 for $39.95. Not a bad deal if they’re re-usable. But in their FAQs section it says that they lose strength when used, so I probably wouldn’t re-use them, lest they break at an inopportune time. The bobby pins are not reusable, but I got 200 for $6.99 on Amazon and used 10 (will probably use 8 or 9 next time), so even better.

Ready for the next braiding excursion!