Events are starting back up in Area II, and continuing on in Area III, schooling shows are kicking off…and there’s so much to choose from.

This weekend, BO and I are heading to a dressage show at a new venue called Sport of Horses Park. It’s about 1.5 hours away, so not too bad, and they’ll be holding CTs there starting next month. The facility also has XC schooling fields and trails, and access to the park is free for competitors. So the plan is go and do a dressage test or two, then hit the trails. I definitely need practice in the dressage ring. We’ll do great schooling our tests at home, then when it counts in the ring I’m so busy making sure I don’t forget what’s next, that I forget to ride the movement I’m in. It definitely shows in our scores, and I throw away points right and left. 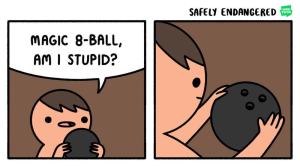 The following weekend is possibly Windridge. I kind of feel like we’ve been there, done that, though. I don’t think they’re going to change their courses (they’ve been the same since I went there in October), so do I really need to spend another $160? Meh. I may go up there the day before to school since that’s significantly cheaper and we can jump all the jumps we want. We’ll see.

Otherwise there’s a jumper show less than an hour from me, where we can go play with the bigger jumps. And I wouldn’t have to get up early to go. So I’m sort of leaning towards that.

Then the next Saturday I’m volunteering at Carolina International, so P will get that day off. Depending on what we did the weekend before, we may go to another jumper show 15 minutes from my barn on Sunday. And the next weekend, the 31st, is the D/CT/HT at Hillcrest. I have the entry credit from when they cancelled it in December and January, so I think I’m going to resubmit my entry for the Novice CT. It will allow us to do a new dressage test and jump a little higher than usual. Well, the jumps will be higher. I’m sure P will still jump the same height he always does. Overachiever that he is and all.

Then I really have no other plans. After Carolina International, Trainer B will be back so we’ll see what happens, I suppose. At some point, he will move P up to Novice and I’ll continue on at BN until some of those Novice XC fences look less like Mount Everests. Stadium used to be our biggest weakness, but getting out to ALL the jumper shows last year really helped a ton, so now XC has taken over as the weakest phase. Which makes sense, because I definitely don’t get out there and go schooling enough. Mainly because I really never have anyone to go with. Barnmates and local friends always say they want to go…until you give a solid date/time. Then suddenly their horses aren’t ready for an outing like that. Such is life, I suppose. But XC schooling really needs to be made a priority this year. 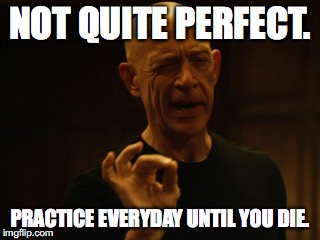 So what about everyone else? Any upcoming plans?

14 thoughts on “Next on the Agenda”