I think I may have found P’s true love:

I know, I’m as surprised as everyone else.

I mean, this is the horse that spooks EVERY TIME we ride through the corner of the arena that’s next to trees. But you better believe he walks through the woods and in fields not only calmly, but on the buckle.

There’s a local plantation about 25 minutes away that’s easy to get to and has a huge gravel lot for trailer parking. They have a ton of trails, some for horses and hikers, some just for hikers and some just for bikers. Since I can’t go do horse things on the weekends that Husband is gone, I’ve been going every Friday, since I typically work from home on Fridays. And it’s been heavenly, even though I’ve had to go alone. At first I was worried calm P was a fluke, but he’s been the same way each time and for that I’m entirely grateful.

Last Friday I headed out with P in tow, and when we pulled into the horse trailer parking lot, there was no one else there. While I was tacking him up, another trailer pulled up, and a couple probably in their 50’s got out, and unloaded their horses.

I don’t know if the man was being sarcastic or trying to be funny, but he took a look at me in my helmet and my TB wearing his jump saddle and made the remark, “Real trail riders don’t wear helmets and English saddles.”

Like I said, I don’t know that he meant it the way it came out. But, for real, WTF?

For real though, worry bout yo’self because your horse is trying to get loose.

The guy’s horse was not a happy camper. He was pulling back on the trailer like a mad man…meanwhile, P is tied to my trailer like, “Damn son, calm down.”

I finished tacking up, hopped on my quiet steed, and rode over to the big map on the board to see if I could find the trail that takes you to the water. I found it (or so I thought), then had to walk back past the people to the head of the trail, where the guy was still struggling to get on his horse. The lil guy would not stand still and was jerking his head free from the wife who was trying to hold him, and dancing around.

So I said, “You know, REAL trail riders can actually get ON their horses.”

Gaaaaah, no I didn’t actually say that. I wanted to soooo bad, but I refrained. 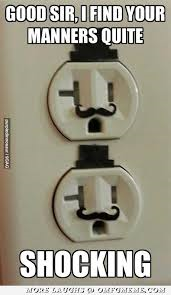 So P and I headed off down the trail, aaaannnnnd….I got us lost.

I kept running into dead ends and turning around and trying a different way, only to find another dead end. Either the trail would just end all together or the horse part of the trail would end. And then I was so turned around, that I just found the main road where all the parking lots are off of and took that back.

Then we suddenly found ourselves in the midst of a pack of 20+ elementary school aged kids who were also walking along the road to get back to their bus. And they were fascinated with P, so one by one they all took turns petting him. I didn’t get any pictures because I didn’t want to let P loose like that, but I shouldn’t have worried. He loved the attention and stood like a statue, only moving to nuzzle a kid here and there.

So then they turned off and we continued on what I hoped was the right way. We encountered some cars- is P traffic safe? I had no idea, but yep, turns out he is. Even when one guy thought he was super cool blaring his rap and zooming off between speed bumps (FYI, you’re not cool if you do that. You’re a prick). The only hesitation he had was at the speed bumps, but it was ever so slight and only at the first one.

Then we finally found our trailer and headed home just before the storms got to us. It was a perfect ride, even if we didn’t find the water.

Back to the trails on Friday!