Best part of the day, hands down, was finally meeting B from Riding to B! It has been a long time in the making. Though she was sidelined due to a knee injury (and not even from horses…HOW BORING ;), and couldn’t ride. But she took all the awesome pictures you’ll see throughout the post- thank you, B!! 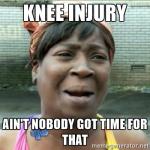 Sunday morning started quite early, as I had to be on the road by 8:15 to make it to Wind Ridge in time. It’s a venue I’ve never been to before, but tentatively have their August HT on my calendar, so I really wanted to go check it out. I was going to meet B there, as well as some of her friends for not only a regular XC school, but one with their trainer who B has raved about. So we’d be getting some help as well- always appreciated!

Of course when I got on, P became considerably more up and anxious to join the group that was already headed to the warmup area, so we got a good (if unplanned) gallop in before going to meet the rest of the gang and Trainer A.

After a bunch of circles and figure 8’s, P started to relax and gasp! listen to me instead of bug out every which way, and so we started over the stadium cross-rail and vertical. The first jump over the x-rail was hideous and Trainer A called out, “That’s perfect- the perfect example of what NOT to do.”

This is going to be fun.

Then we jumped the tiny XC warmup jump- I totally felt P wanting to stop, but kept my leg on and he leapt over it, so we did it again and I buried him. Off to a great start!

Then we headed to the start box and the first few jumps on course, and P was actually ok with leaving the group to go to the start box solo…he jumped the little rolltop a little awkwardly, but it took all my leg to get him over it. Then we were SUPPOSED to go over a little table-y thing, but P was like, “Hell Naws…my new best friends are over there.”

So Trainer A had a great idea, and had one of the other riders (whose horse-which belonged to B- was awesome) lead us over. And P thought super hard about stopping again, but popped over in the end.

So then we did it by ourselves.

And since P was still a little unsure, Trainer A had Angel Pony lead us over a few more things, including these:

Then we headed over to a different part of the course and we were supposed to jump over the little thing with the log on top, up the hill to another little thing, then right and downhill to water, then to the left and over another red thing. And P was used to the whole leading thing by now, though the first jump with the log on top he was super unsure of….kicking and clucking convinced him not to actually stop, but it was close.

He was fine over the second element, but when we turned right and saw the water…P was all, “Ok, you follow me now. I got this” and it took all my might to get him pulled behind the Angel Pony. 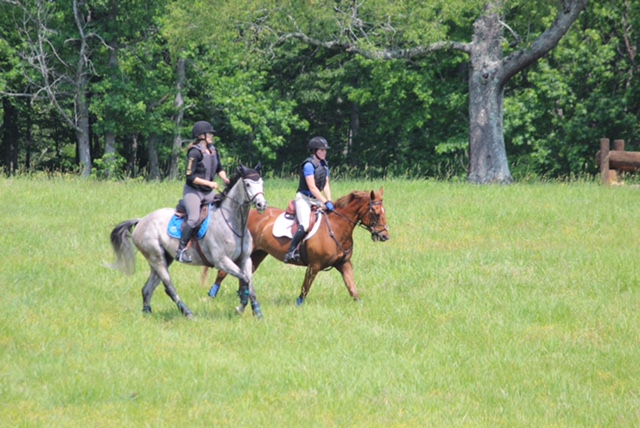 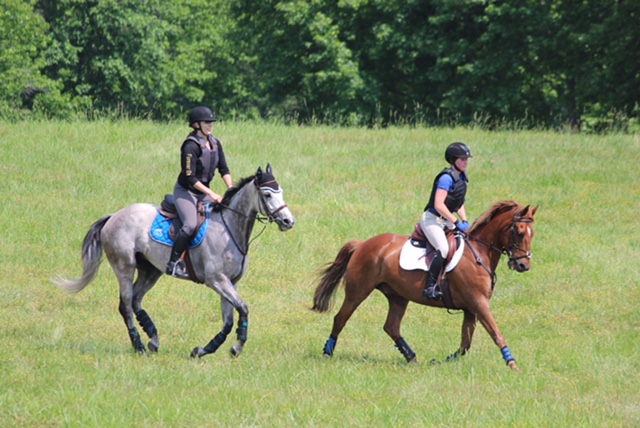 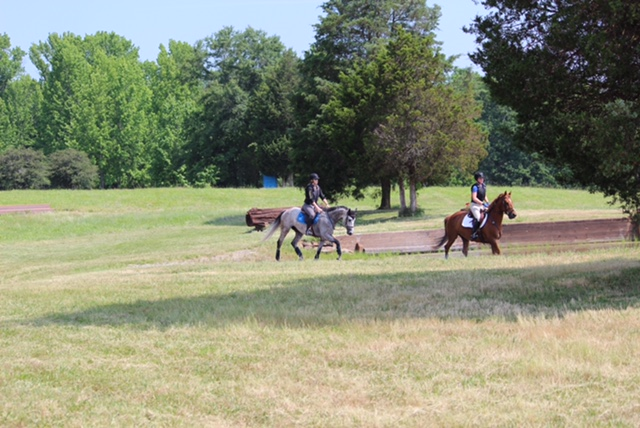 And as soon as we hit the water, I felt “the change” in P. Trainer A had us turn around and do the little red thing, through the water, and then to the right and over some steps going uphill, again behind Angel Pony, and P was again all, “Let me show you how to do water, there.” 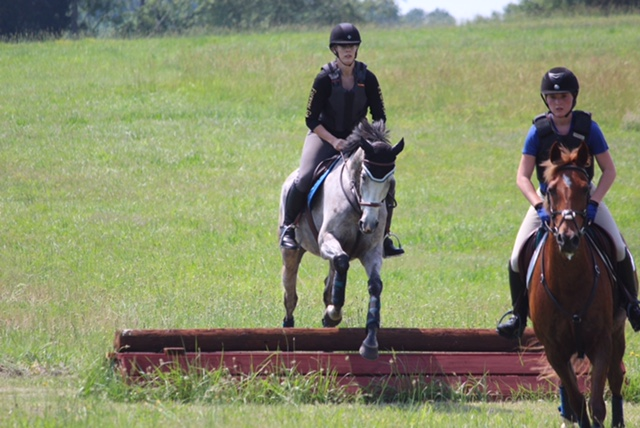 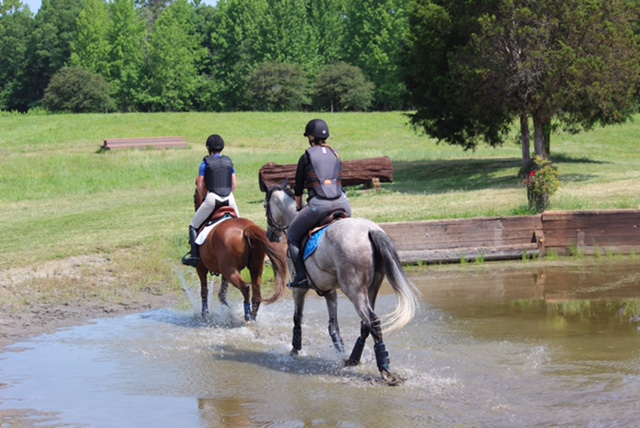 So we did the same thing ourselves and P was brimming with confidence. 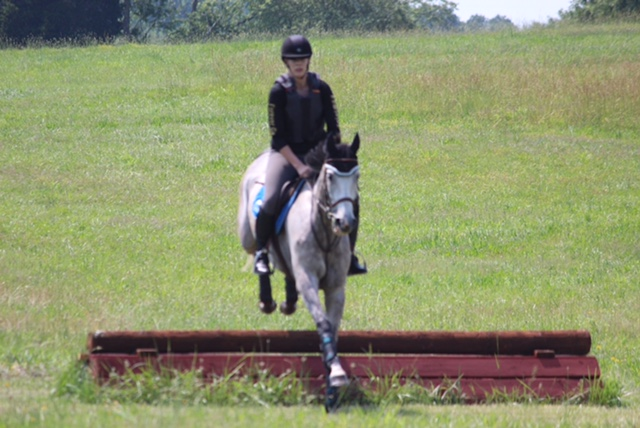 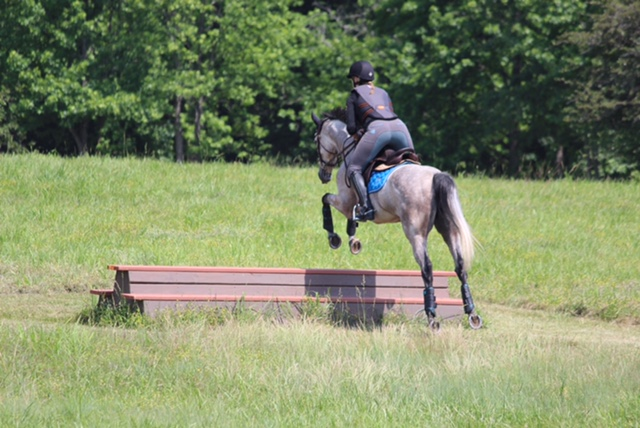 So then we went over to the ditches and Trainer A wanted to test his confidence and sent us over solo, no lead.

But P has really always been good about ditches, so this was NBD. 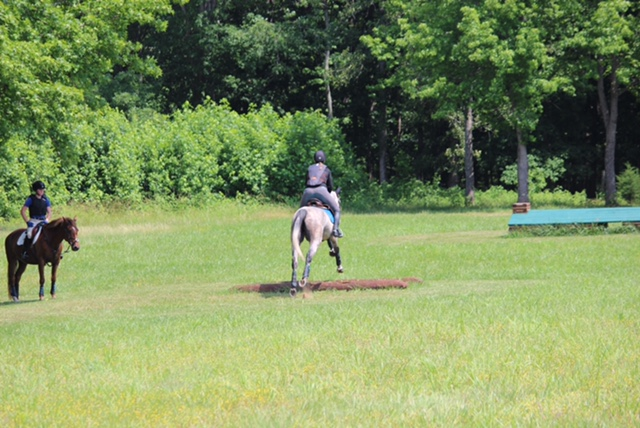 So she sent us up AWAY from the other horses, to jump a little hanging log that he hadn’t seen before, then over the ditch from the opposite way.

And he was great.

When I pulled him up after that, P was practically STRUTTING , he was so pleased with himself. It felt like I could’ve asked him to go over anything and he would’ve, but it was a great place to stop (not to mention it was like 150 degrees and we’d been out there for 2 hours). 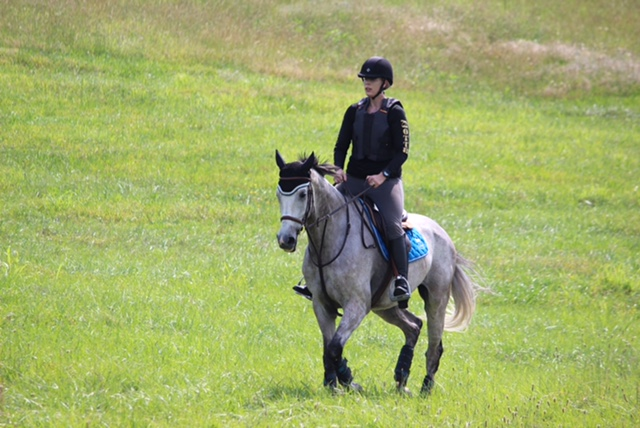 Today it’s supposed to storm all damn day, so riding is out. If it’s not too bad out, I’m going to set up some more “scary” things in the small indoor and lunge P over them again. I have the bath towels and crepe paper already in the truck (thanks again for the idea, Megan!)