Entering a HT  is easy until the day you realize it’s almost here is the same day your horse decides to be a dillweed.

I’m entering P in the June War Horse HT at Carolina Horse Park. I’ve never been to CHP, but have heard the venue is really nice. My main reason for starting P back with this one is that CHP allows you to school all 3 phases the day before. You can’t jump the courses in the same order, but you can jump most of the same jumps you’ll see the next day, so that will be (hopefully) a confidence boosting run for P (and me!).

With any luck, my trailer will be ready to go by then so I can stay in the RV lot on the grounds and sleep in my soon-to-be air conditioned dressing room. 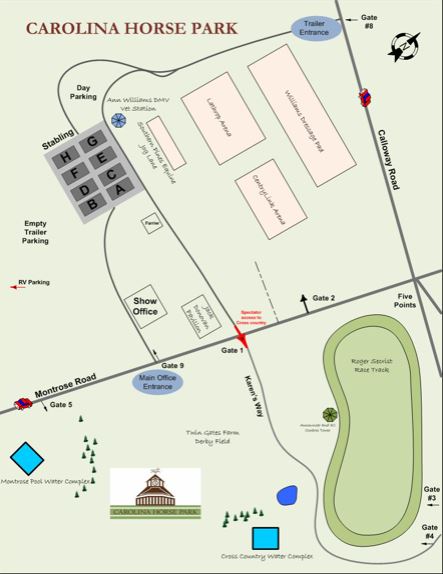 I’ve decided on two of these for sleeping, with a sleeping bag on top:

Then this for the shower. I liked that it had two rooms, one to shower in and then the other to get dressed in. 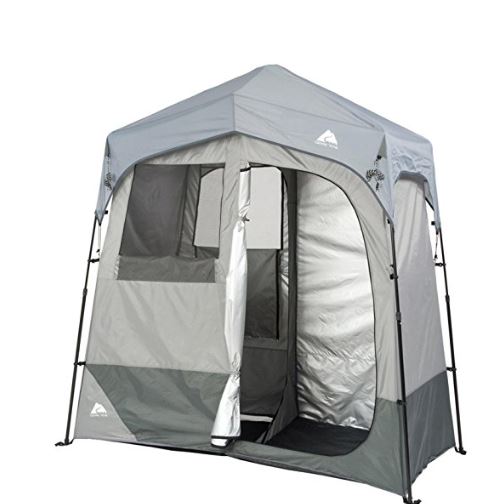 And this for when nature calls. Some bags + cat litter and it should be better than port-a-potties.

So I should be all set. Minus the generator, because holy expensive. So for now I’ll only have AC and all that when I can hook up to RV sites.

Anyways, back to P.

After the last lesson with new Trainer B, I went back home and replicated the exercise to attempt to get P to stay relaxed before and after jumps.

That was last Wednesday. I wish I could say the rest of the rides this week have been better, but they were all pretty blech. And then on Saturday my last second jumper show plans, and thus any hope I had for riding that day, were thwarted because hunter classes take SO.DAMN.LONG and we were going with friends to watch the Grand Prix in Tryon that evening.

And it was there that I found Pilgrim’s twin in female form.

This horse was certifiable. I was watching the warmup ring and the groom was leading her in with a chain over her nose and had to walk/trot her in hand (with the rider mounted) around the arena before turning them loose. I was 100% certain the rider was going to die once the groom was safely away. At one point, the mare bucked, and her back legs went INTO the gazebo on the side of the arena and people SCATTERED.

Serious props to the rider. You couldn’t pay me enough money to ride that horse. And they ended up only one of riders in the J/O, and then ended up 4th overall. So maybe instead of all this obedience and blah, blah, blah, I should just point P to the GP arena.

Anyway, so P got a day off, then Sunday I went out to ride and he had obviously heard me talking about this horse and wanted to outdo her.

Sometimes I just don’t know what gets into him. He listened fairly well on the lunge line, though threw some bucks in and that’s simply not allowed so there was some fighting still. I don’t know if it was the incoming storm, the fact that the horses were coming in to eat (which usually isn’t a problem), or what, but he needs to find a way to get his shit together. The only thing that’s changed is I added Daily Gold into his feed the last 2 days, though he’s been leaving it in his bucket so I doubt he’s getting any anyway.

We have another lesson with Trainer B tomorrow, so pray for me.

I’m going to ask BO if I can join the boarder lessons, or some lesson, but on any horse but P. Like anyone else, I have things I need to work on as a rider, but actually getting to is hit or miss with P because some days, walking calmly is a success. I’m really hoping there’s availability for that; riding anything less spooky than P will be a welcome change.

Back to happier times, I got the photos from the dressage show 2 weeks ago and they’re pretty good! My friend was the photographer and is uber talented. And generous to a fault.

If you’re ever lucky enough to have her photographing your show, you won’t be disappointed! She travels around Areas II and III. 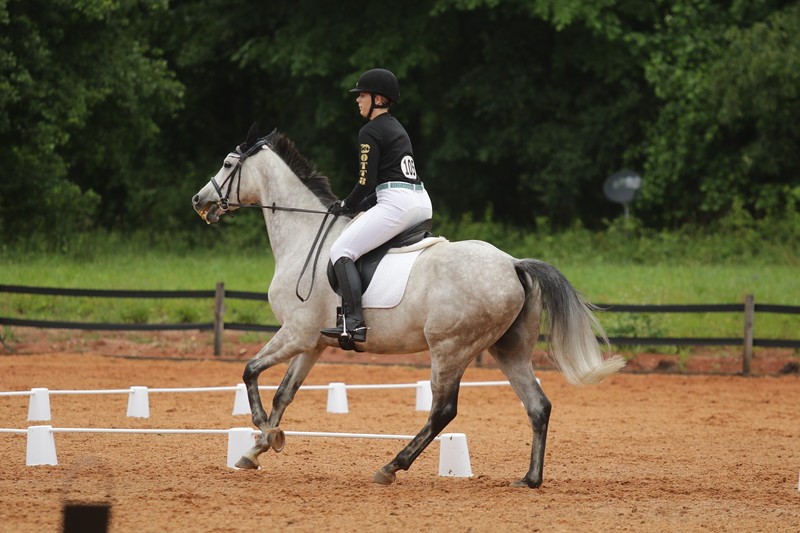 I need to set up another lesson with Trainer J asap, to work on that canter. And apparently my leaning. Will that EVER go away?

SOOOO many things to always work on!