Pilgrim has my number. There’s no other way around it and until I man up, he will always get the better of me. 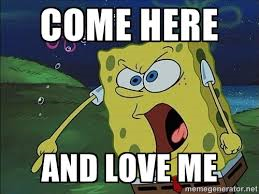 When I was at Paradise the weekend before Thanksgiving , I rode a different horse for pretty much the 2nd time in 2 years. Trainer L’s working student, a woman from Tryon who was down for the weekend and I took a stadium lesson and we all rode new horses. I rode a big TB mare who was about to make her Novice debut. Compared to P, she was like driving a dump truck, she just felt so HEAVY, where P is so springy and agile. It took awhile to get the hang of it, which just goes to show how important riding other horses is.

Anyway, the only time this horse stopped, was because I buried her and there was no way to get over it without crashing. But the difference was I didn’t get emotional about it. I didn’t take it personally, I wasn’t offended that this horse stopped. I just turned around and tried again. And got it. With P, probably because he’s mine and I do so much for that ungrateful brat, I take it personally when he won’t do something as simple as jump a jump for me.

But that’s not how horses work. They don’t care that board just went up and there’s a hay surcharge. They just eat and crap it back out. So if I’m up there conveying that I don’t trust him, why should he trust me?

It’s taking awhile, and every time I ride “like a fairy” (thanks, Trainer L), we have these issues, so it’s not really a Pilgrim problem so much as it’s a ME problem.

The next day at Paradise, I took P out to XC and the first few fences were great. So I let my guard down because I assumed he would keep jumping what I pointed him at. Not so much.

Trainer L had one of her other students and I switch for a few minutes because I was back on the edge of giving up and this girl is a strong, fearless rider (she’s also 17 and has never broken her back) and Trainer L wanted me to see from the ground what strong riding does for P.

P messed around with her as well for a bit, then finally complied because she didn’t cave in the way I do. Which is hard for me (though getting better) because he honestly feels like a ticking time bomb and I have a family relying on my survival.

Then I got back on and did not ride him like a fairy. He attempted to con me again, but I didn’t give up and then we had some great rides.

See exhibit A below:

Then I made him not take a flyer.

We had some other really good moments that weren’t caught on tape, so ended well, but it was all still a little disheartening. Luckily Trainer L and I made a plan since I won’t be able to get back down there until January.

P still thinks it’s up for discussion whether or not he is supposed to go over an obstacle. And in doing so, he demands perfection for him to comply. If I drop him even 1/2 an inch, he uses that as an excuse to stop. Listen pony, I’m an AA that rides like 5 hours per week, if that. Perfection will NEVER happen at that rate. Not that I don’t strive for that but we’ve got to find a compromise. Hell, he jumped more reliably when I was doing my leany, fetal position type jumping!

So since bringing him home on the 21st, we’ve jumped almost every day. Nothing big and I’ve kept the sessions short, but I need jumping to become muscle memory for both him and I.

In short, P has been awesome. We haven’t had a stop in the 6 days we’ve jumped. Not one. And we’ve gotten creative. We’ve jumped oxers, verticals with sweatshirts draped over them (something that caused him to stop before), hay bales, and the dreaded barrels. Let me just explain about the barrels for a second.

Barrels have been our (my) nemesis for quite a bit now. It started when Lellie and I took him to Jumping Branch to school and it took 15 minutes to get him over the jump with the barrels. Then the next weekend we went back for the actual horse trials and not only was that same jump in the actual SJ course, but they had one in warmup that I couldn’t get him over. So I scratched because public humiliation isn’t my thing. You can imagine my surprise when on day 3 of having him home, I put a barrel under the jump and he jumped it both ways (even with sand spraying on it). Yes he looked at it and I could tell there was a second there where he considered stopping, but I didn’t stop riding. So victory.

Yesterday we jumped the sweatshirt and the hay bale. BO was out on her hopeful GP horse, and was unable to convince him to jump the sweatshirt for awhile…meanwhile P had zero stops, continuing his no-stop streak since we’ve been back from Aiken. While I don’t wish stopping on anyone, sometimes it’s a relief to know you’re not the only one. Yes, I still have to continually remind myself to keep riding, even when I feel him hesitate, but I’m slowly changing my muscle memory and hopefully P’s as well.

So as long as my trailer is ready by this weekend (needed some minor repairs), we’re headed to a jumper show this weekend! I’ll miss you, turquoise duct tape. 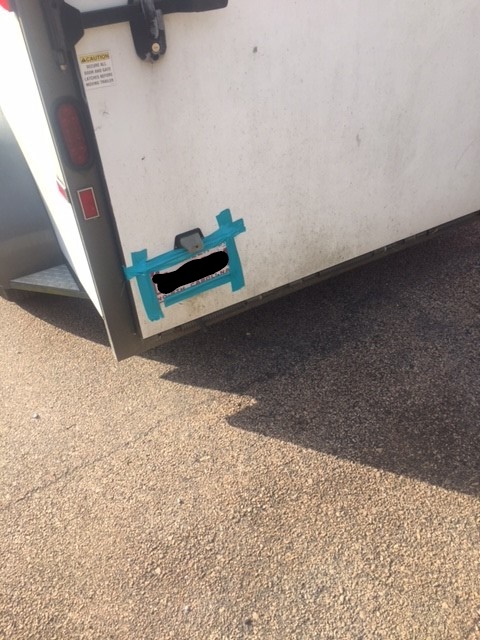