The week after Full Gallop (last week? Seems like forever) I was home from work sick. 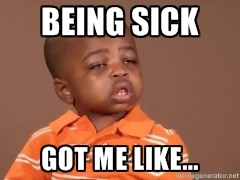 I didn’t even go to crossfit, which was really hard for me since I go at least 5x/week. I worked from bed, dragged myself out to the barn a couple times, then right back to bed. I’m sure Matt and the kids were pretty tired of it.

I did attempt to go to a meeting and drove all the downtown, only to be isolated in the corner and mocked every time I attempted to speak. Then I was not unkindly told to please go home before I infected the rest of the department. I love my team.

Riding-wise, I didn’t do anything too exciting. I still was going to go to Tryon Friday with the show team from the barn, so I had to ride, but ugh. I did jump P over this crazy Halloween oxer that they had set up in the arena in preparation for the derby they’d be competing in, and couldn’t stop myself from laughing hysterically every time P would have his head between his knees looking down at the decorations stuffed into the spread. That horse cracks me up.

Friday I hauled Pilgrim and a barnmate’s horse to Tryon (not Tryon International, sadly. Harmon Field) for Pilgrim’s first overnight sleepover away from home. The stalls weren’t the greatest and I probably wouldn’t have gone if I had known the condition they were in. It was the first time showing there for the others so they were unaware as well. The clay in the stalls was really uneven, the stall walls had slats in them and they were just really small. Pilgrim took a bit to settle, but no major fireworks.

The rings were open for schooling so after unloading and parking the trailer, I tacked up and we hacked around then headed for the jumper ring. This was a C rated hunter/jumper show and I’d forgotten all about how trainers rule at those. While it’s nice to have someone to set jumps for you, I suppose, it’s incredibly rude if that takes place as someone is literally cantering to a jump. Yes, I now speak from experience. As I’m headed down a line, very obviously towards a certain jump, the trainer looks right at me and then drops the rail. I had to pull P up at the last second so we didn’t plow into the guy and he looks right at me and says, “You don’t mind if I make this into a cross-rail, do you?” Let’s see…I very much mind. All I ended up saying was, “Well, I was just about to jump it, but looks like that’s not happening now” and trotted off. So we wandered into the hunter ring because those jumps look a bit more solid and practiced some oxers. Trainers were still in abundance, but one offered to put jumps up for me if I wanted, which was really nice. But it made me really appreciate the independence that is common in eventing.

Nothing of major interest happened over the weekend. One of my barnmates won the $3500 Derby, which was exciting, and everyone else had good rounds. I went through about 50 boxes of Kleenex and ate like complete crap the whole time, but it was fun. We got back on Sunday evening and I went straight home to shower and go to bed.

P and I got the day off yesterday since going to work drained me and today is rainy and gross so I doubt I’ll be riding. I am going to attempt crossfit tonight and I’ll need all my energy. Rope climbs and hang cleans tonight!

I’m considering withdrawing from the HT next month at Carolina Horse Park, and it’s bumming me out. When we moved here from Jacksonville (North Carolina, not Florida) we tried to sell the house we bought there, but the market sucked so we ended up renting it out. Currently we’re in the middle of evicting the tenants that just started renting there in June because they haven’t paid rent on time since August and they still haven’t paid for October.

The court date is Friday, so by the time I hear from our property manager how it went, the closing date will have passed. I’m just not willing to shell out the $$ for entry fees + stalls + hotel + fuel when we have to pay both mortgages without getting the rent for the one house. And I’m terrified to see the condition of the house- we’re going there November 3rd to check it out.

So instead I think I’m going to aim for a CT that’s muuuuch closer on  November 14. Maybe I’ll be brave and do BN this time! But no xc is sad. The next day is an xc clinic with Dana Cooke at the same facility which is 20 minutes from my barn, but at this point (read: before I found out about the clinic) Matt and I were planning on doing the Spartan Sprint in SC. We’ll see. 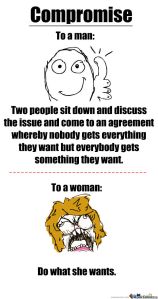 Wish more exciting stuff was going on, but we’re in a bit of a slump due to my nasal cavities. 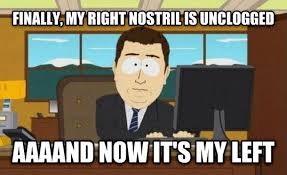